On Monday evening, Inspired Youth & The Springboard Project joined Music4Care participants in Westminster London to attend the Kid’s Count Inspiration Awards 2014. In a high profile event held in the Houses Of Parliament, Danny and Dean Innes took to the stage to collect their award to applause from the audience including MPs. Music4Care won the prestigious  ‘Most Inspirational Campaign On Youth Issues’ award in a fierce category, against an array of other projects from across the country.

The night was a great experience for the brothers who had taken part in writing and performing in the video produced by Inspired Youth. It demonstrates what young people can achieve when you create opportunities for them to shine!

The music4care project was commissioned by The Springboard Project and gave care leavers the chance to share their experiences of care through a song come video. The If you haven’t seen the film featuring rapper Liam KRITIKAL Powers and Isi Dawson yet you can watch it here 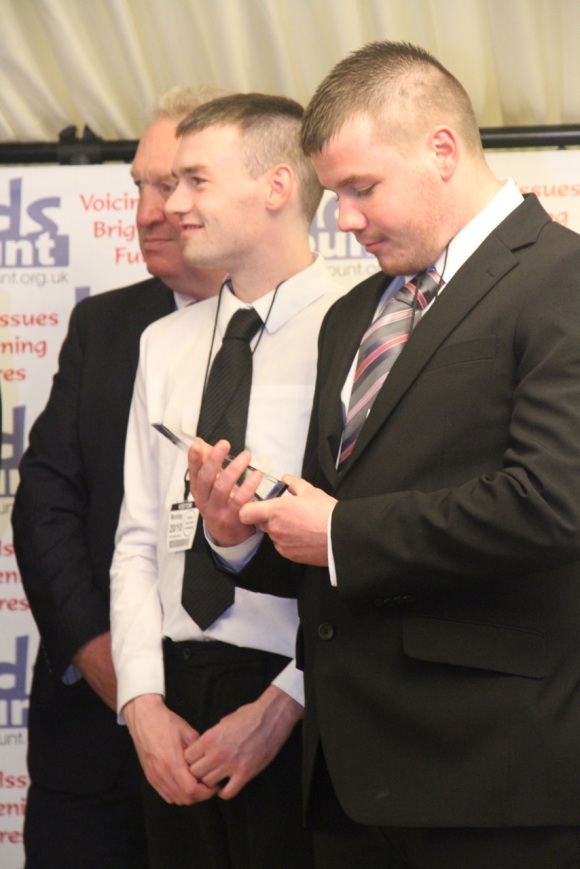 Proud Moment for the brothers who represented on behalf of all the young people involved. Image courtesy of Kids Count .

The #music4care project launched on April 1st 2014 to rapturous applause and tear filled eyes, as the gravity and power of the message in the video hit home to the audience. Since then the film has been praised and supported online by High profile Care Leavers such as Lemn Sissay with this tweet and Paolo Hewitt who supported the launch with an inspirational speech. In addition Sir Ken Robinson famous for the most viewed Ted Talk ever, also Tweeted about the film! The film was even championed by the NSPCC in this tweet!

7,908 views later the film has been seen far and wide and in countless countries around the world. The film will has been accepted into its first film festival which we will announce soon and it is to be presented at the National Care Leavers Conference in October. Amazing!!!

All that said, what impact did the project really have on those who took part? In this new video the young people behind the song and film talk about their experience of being involved!

“How To Fly” Video Gets Retweet from Seal!!!!

With the buzz of the launch still in the air, the inspired young people behind #Music4Care, The Springboard Project, Inspired Youth, Digital Sun Media, the Lord Mayor of York and attendees from the launch, all set about sharing the link to “How To Fly” online to try and reach the wider public with the powerful message in the song.

The feedback has been immense! On Twitter @Seal and @KokeUSG have retweeted, as well as the likes of the Author Teresa Cooper Author and even the Childrens Commissioner for Wales!!!! 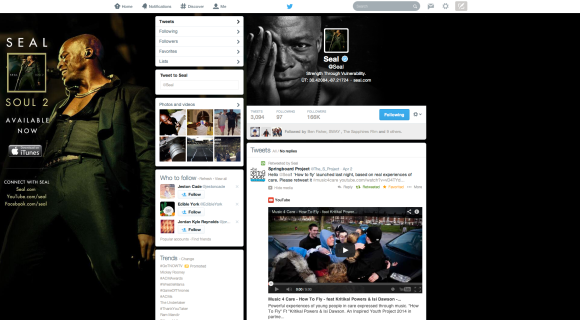 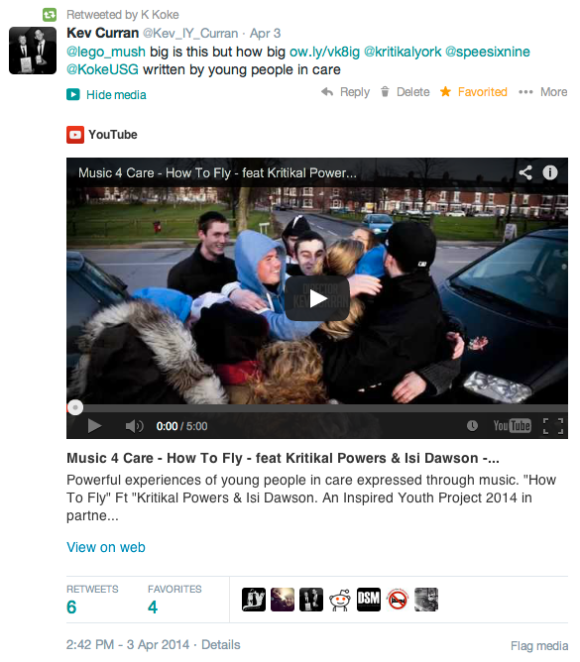 If that wasn’t cool enough, the young people managed to draw the attention of  National Charity @NSPCC who tweeted the video and blog to 100,00 followers today!!!

The project has also been given a wide range of exposure through local and national press.

It has also had very inspiring feedback from a wide range of people such as social workers and professionals working in the care system.

One said, “Wow!  I have just watched your video!!! I cannot put into enough words of how the video made me feel….Very moving, absolutely brilliant and such talented customers…

Another said “Just watched your video, it really inspired me and reminded me why I came into this type of work.  Well done to you and your young people.”

The video was also seen by the Children in Care Council, who said they love the track! So it went up on their website to see it click here.

What a fantastic start to sharing #music4care and its powerful stories and experiences with the wider world. We look forward to seeing how that unfolds. #aspire2more 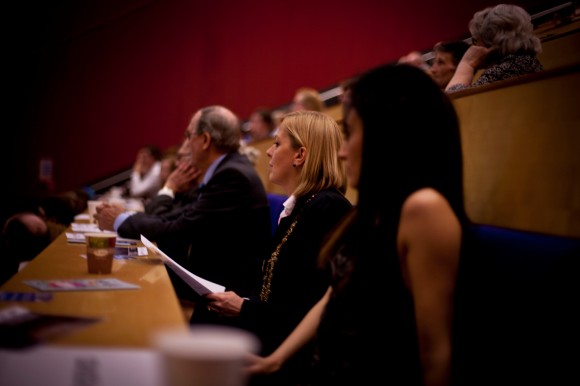 The wave of energy that progressively built as the launch night edged closer, came to an immense crescendo on an unforgettable night packed with emotion and that word again, ‘hope’.

The young people’s journey into adult life was just beginning and Paolo Hewitt was about to make sure they knew that in an emotional and beautifully thought provoking reading from his new book “BUT WE ALL SHINE ON – THE REMARKABLE ORPHANS OF BURBANK CHILDREN’S HOME.”

There were some funny moments but emotionally charged and as it turned out the event had it all, laughter and tears, sadness but joy and hope. 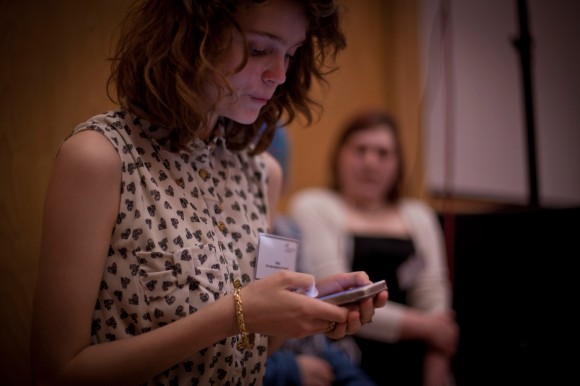 The live exclusive first ever performance of the track since its creation was amazing! Featuring Liam KRITIKAL Powers and Isi Dawson 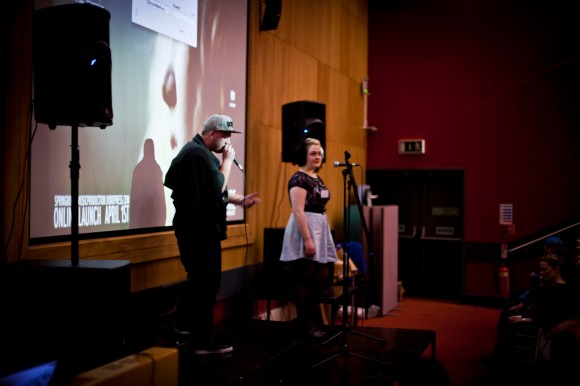 It was soon time to show the film which was recieved with rapturous applause. Give the film a watch and if you like it share it on #music4care…

Some of the young people read speeches out, very powerful words on the aspirations they had for the film to reach out and help people and how the process had lifted their spirits! 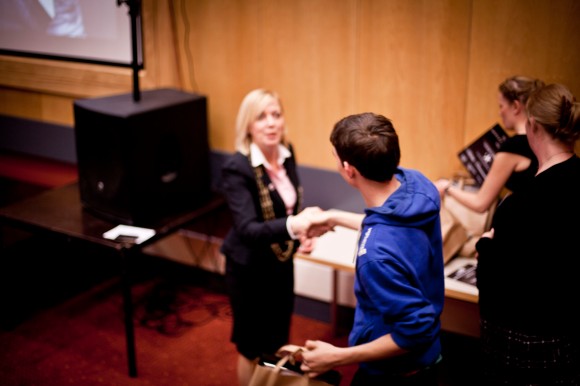 The Lord Mayor  Julie Gunnell praised the young people and the #music4care project saying it was “Inspirational” and “Absolutely amazing” and was delighted to present them with cirtificates recognising their achievements. 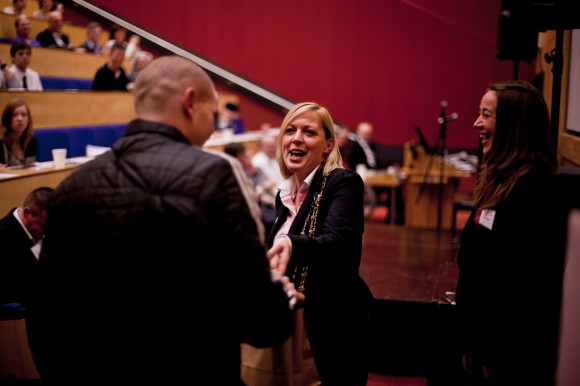 Kritikal prepares for a live performance with one of the stars of the show. 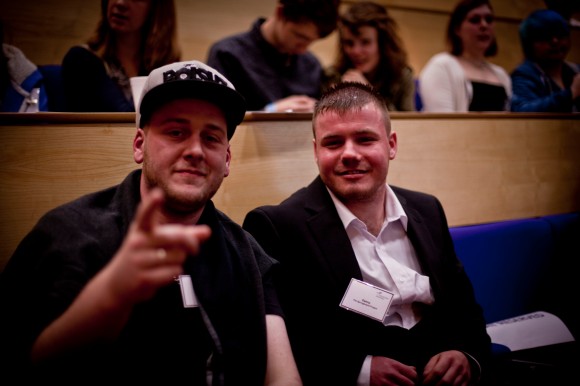 It was a momentous occasion supported whole heartedly by York St John University who hosted it in the fantastic Fountains Learning Centre, an environment fitting for an event designed to raise aspirations and hopes for the future.